If you’re in the business of selling products, it’s great to get more orders… but not if profits aren’t increasing.

Take the case of a local manufacturer that had a strong sales force—they were doing a good job of selling. More and more orders were coming in, yet actual sales were not growing, because they couldn’t keep up with the demand! On average, it was taking close to a month to get product out the door. The result? Customers got upset, and several key accounts were threatening to take their business elsewhere.

First, identify the problem:
Steve discovered that the team’s process for filling orders was causing production to back up, and ultimately lose them money.

Second, create a strategy for solving it:

Rather than working harder at filling the orders (using the same approach that caused the problem to start with), this manufacturer needed a new approach. In this case, we decided to apply the basic principles of Enterprise Resource Planning.

Steve made a few simple adjustments in the company’s approach to managing order fulfillment, and suddenly orders were going out the door in mere days, versus a whole month. This resulted in:

Production may not be your issue, but there are thousands of solvable problems businesses commonly face. You may be sitting on a gold mine and not even know it. What’s your biggest problem right now? If you’re like most companies, it could turn out to be your biggest opportunity.

A careful analysis revealed that the client’s training products had intellectual property assets that the competitor did not. With it, we were able to create a brand new line of products that the competitor could not match. Within a year, the new line far outsold anything they had sold in the past. Not only did they make the competition a non-issue, they grew the business—and their profits—far beyond what they had previously projected to be possible.

As a business owner or executive, you’re busy. This inherently makes it tough to know if there is even a problem.

In this case, the business was growing steadily. By the end of the year, they had achieved more than $1.5 million in sales. Even though profits weren’t growing as quickly as sales, they assumed that was just a natural situation during a period of high growth.

What they didn’t realize was how error-prone their accounting procedures were. Steve conducted a thorough audit, which revealed that more than 3% of their revenues had disappeared into thin air. Steve created a new billing system and new written procedures, and within 3 months, $50,000 in new profits appeared. Additionally, the billing errors were reduced to zero.

Opportunities are all around

Opportunities for increasing sales, reducing costs, increasing profitability, solving problems and creating massive growth are all around you. Contact Steve today if you’re interested in exploring the possibilities. 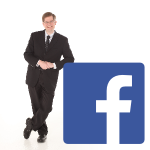 ﻿﻿ There is a huge opportunity to use online reviews to grow your business, … END_OF_DOCUMENT_TOKEN_TO_BE_REPLACED

Buying leads can be a great way to get some sales in the door quickly, but there … END_OF_DOCUMENT_TOKEN_TO_BE_REPLACED